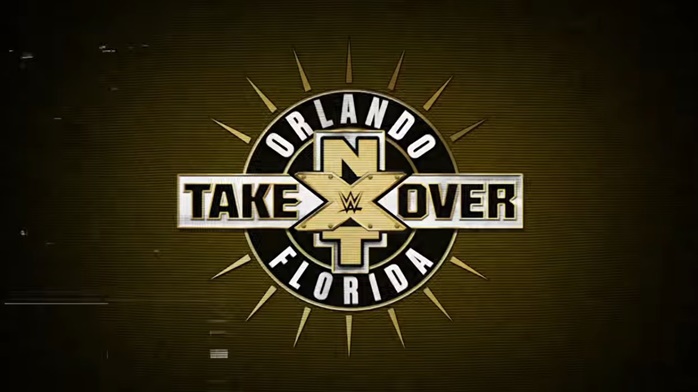 Sanity is great, simple enough, right? Eric Young and his crew came into Takeover needing to continue it’s dominance over the baby faces so instant rejection wouldn’t have taken place in Orlando. An argument could have been made for the likes of Dillinger and Strong, especially since this was Kassius Ohno’s Takeover debut; oh well, soon Ohno will be NXT Champion and none of this will have ever happened.

Other than the lack of Riot and Cross’ involvement in the match this was a great tone setter for the rest of the show. Dillinger proved, again, that he is a great NXT talent but if he makes the main roster he may just end up making the tag team of Tyler Breeze and Fandango a trio.

Aleister Black lived up to the hype and some. Black isn’t a crazy renegade like the members of Sanity are. He isn’t here to tear down the establishment like the Wyatt’s are, he simply is a scary, gypsy who wants, not only the NXT Title, but your soul; all of them.

Black and Almas put on a wrestling clinic that could have easily headlined any of the million independent shows this weekend in Orlando. Instead, they did it on the biggest stage you can. There is more bad blood between the two after this match. Almas may have lost but he didn’t lose a step against Black. Best two out of three, anyone?

In a NXT Universe that demands a hard work ethic the Authors of Pain are here to tell the Indy darlings, to slow down; way down. AOP brings a certain something to the table that will make Vince McMahon droll. The rowdy Orlando fans let the big boys hear their dissaproval and to some it sounded like a cash register.

The Revival have to be main roster bound now. There is nothing left for the old school tag team to accomplish in Florida. A call up to shake up the lack luster Smackdown Live tag team roster is just what the wrestling doctor ordered. Now, give us The Revival against American Alpha, please.

Asuka is the unbreakable force in the entire women’s division, despite that, a lot of people thought maybe Asuka would lose to Moon and debut on Raw tomorrow night, looks like a lot of you are wrong. The women’s division is the weak link of NXT so Asuka sticking around to bring along the other talent is just smart business.

Once the WWE’s women tournament happens this Summer and the WWE brings in more talent the path to Raw or Smackdown will become much more clear for Asuka. Until then, enjoy her beating the crap out of the roster until Candice LeRae comes knocking.

If NXT is the work rate promotion for the WWE then why is Bobby Roode the top guy? Roode has all the intangibles to be a top guy and I, personally, like the idea of him being the champion of NXT but what kind of match will he have with Ohno or Strong? Roode continues to stay over with his beyond impressive entrance but he will be able to keep up with other, younger guys with strong styles?

This match did not and, arguably, could not live up to other NXT Takeover main events. The continued selling of Nakamura’s leg injury wasn’t the best story telling considering Nakamura may be headed to the main roster sooner than later. I fully expected a blood bath, instead a got a match that came straight out of 1992. Hunter, you and your guys are better than that; work on it.

Until next time, leave a comment, tell a friend, listen to the latest HTC Wrestling podcast on Podbean, follow me on Twitter @camdougharty and let’s talk wrestling!