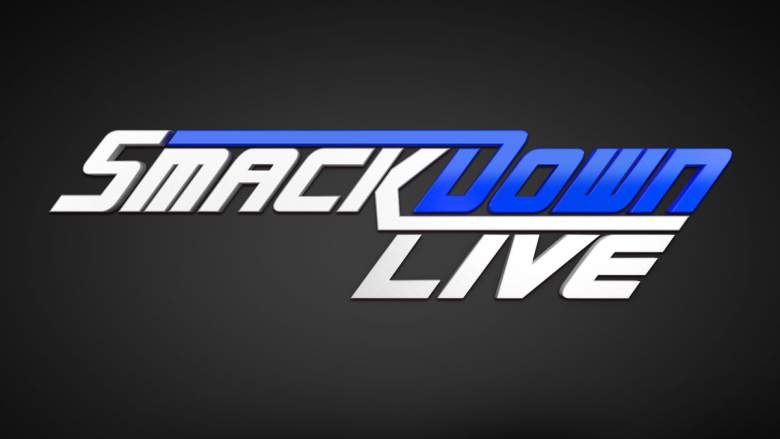 -Cena said last week he found out that Nakamura hits hard. And he thought he was easily on his way to become 17 time Champ. Then next thing he knew he lost.

-The crowd broke into a Jinder chant, cheering their national hero who is so proud of Canada that he is billed from India.

-Baron Corbin came out to some god awful new music. He said he is sick of hearing about last week. Cena called him a dumpster fire just like some crowd in the sign says.

-Cena challenged him to a fight but Corbin says he has Money in the Bank, so he does what he wants when he wants. Corbin says he doesn’t need to beat John Cena and Cena can take his respect and shove it because Cena isn’t worth his time.

-Daniel Bryan came out and said that Corbin will be fighting Cena at SummerSlam.

The Usos vs Tye Dillinger and Sami Zayn

-Sami goes for a quick Helluva Kick but Jimmy pulls Jey out of the ring.

-Of course this match is in the faces home country so we know how it will end for them.

-The Usos work over Zayn during the commercial until he escapes a backdrop and makes a hot tag to Dillinger.

-Dillinger goes for a dive but Jey catches him with a right hand. Zayn then catches both with a swanton over the ropes to the outside.

-Jimmy makes a blind tag which Dillinger doesn’t see. Jimmy catches Tye in the gut with a kick then they kick out his knee. Jimmy applies the Tequila Sunrise and Tye taps.

-The Usos talk some trash after the match. New Day’s music hits. Big E appears on the stage, then Kofi and Xaiver attack from behind. Kofi goes to use a chair but the Usos escape.

-More Fashion Peaks. Fandango is back. He says he can see into the future and the next person that walks through the door destroyed Tully. Arn Anderson comes in. He says he did destroy Tully because they should have named him Arn because he is the workhorse of the group.

-Charlotte toys with Lana the whole match. At one point it looks like Lana pulled down Charlotte’s trunks on accident and the crowd opposite the hard camera got a view of Charlotte’s ass. Lana slapped Charlotte so Charlotte caught her with a big boot and then applied the Figure 8 for the win.

-For some reason Shane McMahon gets to announce the rules of engagement for matches he refs in a special segment.

-KO says what he said last week to Shane was in the heat of the moment. And he doesn’t think Shane will screw over KO because a McMahon already screwed over a Canadian before for a Title. But he deserved it.

-KO asks how Shane can be fair and unbiased after what AJ did to Shane just a few months ago. KO played the clip of AJ putting Shane through a car window in the build to Wrestlemania.

-AJ said not to take it personal. He doesn’t trust anyone, especially a McMahon.

-KO then shows another time Shane was a ref at Survivor Series 1998 when Shane screwed over Stone Cold Steve Austin as referee.

-AJ said forget about Shane and lets settle it right now. KO said he would rather wait til SummerSlam and win it in a city that matters. Styles holds up the Title and says this is as close as he will get to the U.S. Title.

-Naomi lands a couple shots to the face of Carmella, sending her to the outside in retreat.

-Carmella side steps Naomi and sends her into the bottom turnbuckle.

-Naomi tries starting a comeback but Carmella pulls her down by her hair.

-They grapple for position on top. Carmella goes for the hair but the ref separates them. James Ellsworth comes from under the ring and pushes Naomi off the top. Carmella then hits a weak superkick for the win.

-This is a grudge match that for some reason needs to happen again.

-I don’t even want to do any commentary on this match. That is how much I don’t care.

-Orton dropped Jinder on the announce table then tossed him over it.

-Orton went for the RKO on the table but Jinder tossed Orton off it into the barricade.

-After some boring Jinder offense Orton catches him on top with a superplex then a powerslam.

-Jinder counters the RKO and hits a kick to the head. He goes for his finisher but Orton counters into the RKO for the win. That is weird.

-So Orton only wins in non-Title matches apparently. This is so weird. I don’t get it. This whole show was weird. Rusev attacked Orton as the cameras faded to black.